The Digital Age has brought to light emerging individual, social, and cultural changes, which effect how mental health care practitioners should approach psychotherapy. We live in a world dependent on the digital code of algorithms. Highly complex systems of cyber technology are replacing human imagination and expression, once rooted in the organicity of the Anima Mundi, the ‘soul of the world.’ Advanced machines, cyborgs, have attained high level capabilities of consciousness (e.g., intelligence, attention, autonomy, and intention). At lightning speed, the future of human experience will be located in a matrix of virtual, augmented, and mixed realities. The fate of the dream, originating in the mystery of psyche, is challenged by the take-over of the programmer’s digital code.

Moreover, today’s generation of children and adolescents are growing up in a digital world where they are constantly bombarded by media and advertisements. This generation, deemed the ‘i-Gen,’ are digital natives who spend little time facing boredom or imaginative play. Newer research is bringing to light changes in brain development from screen time, especially for youth. As psychotherapists how can we help families and youth gain control around their digital use and offer a way to re-enter states of play and imagination?

The seminar will explore how online identities can be integrated into the psychotherapeutic process namely through the ‘Virtual Identities Integration Treatment’ (VIIT) model. The VIIT model will be presented as a methodology to work with families, individuals, and youth in psychotherapy to gain control around digital use in developmentally appropriate ways, help assist youth in identity development, and expand space for imagination. Through the use of direct clinical examples, we will explore: how to set digital boundaries, important elements in creating digital boundary agreements, and how to work with virtual identities as a portal to imagination. This work will be expanded by also covering how to bring digital responsibility and elements of the VIIT model into teenage group therapy settings as a means of decreasing screen time and increasing social emotional intelligence, positive body image, and overall better self-esteem.

Afternoon sessions will focus on ‘Dream Tending,’ a practice developed by Dr. Stephen Aizenstat that sees the world as alive and always dreaming. Dr. Aizenstat will offer his approach as a way  of attending to ‘living images’ in dreams. This methodology offers a way of working with imaginal figures in a broader psychological field. In this wider ecology, there is consideration given to both the ‘avatars’ of cyberspace and the ‘autonomous figures’ of the dream time. In addition, we will host new emerging ‘hybrid’ images generated from the confluence between the two. Our emphasis will be on tending to those illuminated images that offer guidance in our life and access to the deep imagination.

IPAP / Pacifica course is developed in cooperation with the Global Dream Initiative (GDI), which calls for recognition of the trauma in the world, and the need to participate in its healing. We assert that the world’s suffering appears in the living images of dreams and that we can creatively respond. Through the practice of Dream Tending, we are able to engage the voices of the world’s dreams, speaking on their own behalf and asking for response. The Global Dream Initiative is developing a forum to see and hear the world’s dreams and to utilize them to create new and more generative ways of responding to the trauma of the world—ways that are not trapped in the cultural, political, economic, and environmental approaches that now are failing us. 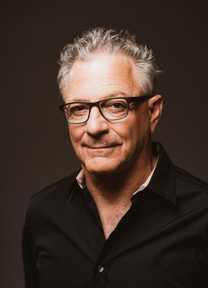 Stephen Aizenstat, Ph.D., has devoted his life to understanding the profound wisdom and healing power that exists within each of us. Through our dreams and imagination, we access limitless creativity, innovation, improved relationships, and ultimately our human potential. Professor Aizenstat’s Dream Tending methodologies have helped thousands of people to unlock their deep imagination, to increase intellectual and emotional bandwidth, and to realize personal and professional goals. He asks us to experiment with a worldview that playfully and soulfully sees the world as alive and always dreaming, in an attitude of wonderment, curiosity, and presence. This inquiry was a driving force in Dr. Aizenstat’s creation of Pacifica Graduate Institute, a center for the study of the human experience through depth psychology, mythology, and the humanities. Professor Aizenstat has served as an organizational consultant to leading Tech Companies, Hollywood films, community and educational institutions, and he has lectured extensively on the subject of dreams, the deep imagination, new technologies, and organizational development. He is affiliated with the Earth Charter International project through the United Nations, where he has spoken. Professor Aizenstat has been mentored by and collaborated with many notable masters in the field including Joseph Campbell, James Hillman, Marion Woodman, and Robert Johnson. He has conducted sold-out Dream Tending seminars, workshops and “pop-up” events in the U.S. Asia and Europe. His publications include Imagination & Medicine. The Future of Healing in an Age of Neuroscience (co-edited with R. Bosnak, 2009), ‘Dream Tending and Tending the World,’ in Ecotherapy. Healing with Nature in Mind (2009), ‘Soul-Centered Education: An Interview with Stephen Aizenstat,’ in Reimagining Education. Essays on Reviving the Soul of Learning (with N. Treadway Galindo, 2009), ‘Fragility of the World’s Dream,’ in Eranos Yearbook 70 (2009–2010–2011), ‘The Dangers and Opportunity of Cyberspace: A New Vision of Global Dreaming,’ in Eranos Yearbook 71 (2012), and ‘The Fate of the Dream in the Future of a Cyber World,’ in Eranos Yearbook 74 (2017–2018, forthcoming). His major work, Dream Tending, appeared also in Italian as Vegliare il sogno. Teoria e pratica del Dream Tending (a cura di R. Bernardini e G.P. Quaglino, 2013). Dr. Aizenstat serves as Advisory Board Member of IPAP – Institute of Analytical Psychology and Psychodrama in Ivrea (Italy). 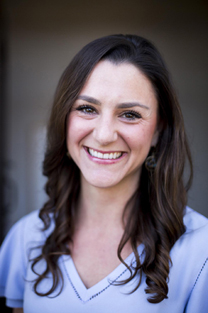 Alia Aizenstat, M.A., M.F.T.A., is a Registered Marriage and Family Therapist Associate (#106561), who works in private practice and as a Lead Group Facilitator at AHA!, a non-profit organization educating teens on emotional intelligence and social justice. She is the author of ‘Psychotherapy in the Digital Age: The Integration of Online Identities in the Therapeutic Process’, and the founder of the Virtual Identities Integration Treatment (VIIT) model. Alia has trained in EMDR trauma therapy levels one and two with an attachment focus through the Parnell Institute and in Acceptance Commitment Therapy (ACT) with one of the programs founders, Steven Hayes. She is certified in: Dream Tending, a depth psychological approach to working with dreams; leadership through Leadership Santa Barbara County; and is a registered yoga teacher. She is a lecturer and has been working to implement psychoeducational segments on digital responsibility into schools and therapeutic treatment centers. She regularly teaches at IPAP – Institute of Analytical Psychology and Psychodrama in Ivrea (Italy). 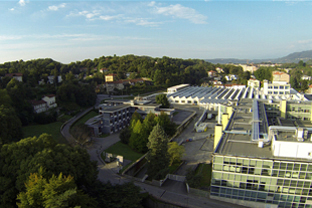 IPAP is located in the ‘Officina H Olivetti’ University District of Ivrea (Italy). In 1933, Adriano Olivetti (1901–1960) took over as general manager of the typewriter factory his father had founded outside of the picturesque Italian town of Ivrea, in the foothills of the Alps. In the next 30 years, the Olivetti company would become a global phenomenon, and Ivrea the focus of ambitious experiments in how to build what he called a more ‘human’ industrial city. Olivetti had become a massive company, with factories in five countries and distribution in more than 100. Best known for its stylish, portable typewriters, beloved by writers from John Updike to Cormac McCarthy, its machines were already considered icons of postwar Italian design. From a small provincial town, Ivrea became a major hub of Italian manufacturing, attracting engineers, designers, and factory workers from across the country. Hiring some of the country’s leading architects, Olivetti built new neighborhoods for its workers, carefully planned with abundant green space and small blocks of flats with just three or four floors. New factory buildings were erected almost entirely of glass, because workers inside ‘had to be able to see the mountains, the valleys, where they come from … and also so that people outside the factory could see what was happening inside,’ explains Beniamino de’ Liguori Carino, Olivetti’s grandson. He described his grandfather’s goal as nothing less than finding a way ‘to combine and to harmonize man and machine … to use technology in a human way, because it was really at the service of man.’ Olivetti’s new factories were designed with in-built space for cafeterias, playgrounds, rooms for debates and film screenings, and libraries with tens of thousands of books and magazines. Outside, an extended network of social services was constructed including nursery schools, Ivrea’s first hospital, and mountaintop retreats for workers’ children. The Olivetti company then moved into electronics, producing calculators and some of the world’s first personal computers. (Notes from ‘Story of cities #21: Olivetti tries to build the ideal ‘human city’ for its workers,’ The Guardian, April 13, 2016. In 2018, the UNESCO inscribed Ivrea, Industrial City of the 20th Century on the World Heritage List. 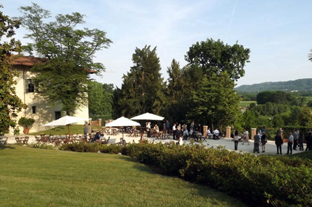 The workshop will be held in the gorgeous setting of Vistaterra Country Resort – Parella Castle, located at about 8 km from the ‘Officina H Olivetti’ University District of Ivrea, on Saturday, June 27 and Sunday, June 28, 2020, from 9:00am to 6:00pm. On Monday, June 29, Dr. Aizenstat will offer individual work sessions on dreams and life issues to interested participants (upon registration). 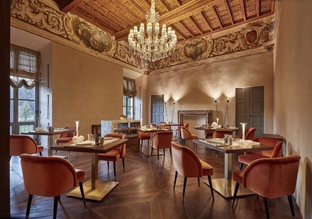 Vistaterra is the new eco-sustainable holiday experience in Piedmont. The seventeenth-century castle has been renovated using innovative sustainable techniques that have permitted recuperation of its original architecture and materials, and enhancement of the artistic heritage from that period, at the same time ensuring modern finishes, technology, and comfort. 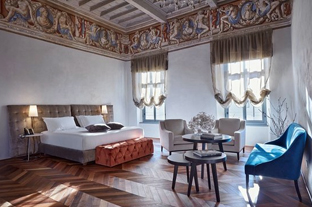 Vistaterra is an unforgettable, engaging experience, a series of tiny yet great and unique moments of beauty, nature, care, and passion for hospitality. The rooms, classic, deluxe and suites, feature antique details and contemporary design, and are cleverly spread throughout the estate, within in the ancient castle walls, inside luxuriant gardens and courtyards with a feel of yesteryear. 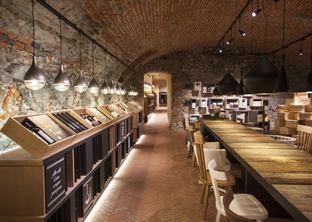 Stroll through the Experiential Park, discover the organic vineyard in which our Colleluce wine is born, relax in Caffè Alla Lettera, enjoy the gourmet proposals of our Chef at Ristorante Alessio I. The ideal place to discover excellent food and wine in Piedmont or simply to experience history, culture, art, and human knowledge in harmony with nature. 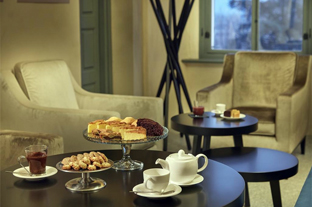 The heart of Vistaterra is a 10-hectare experiential farm park where work is underway to restore to well-deserved splendour the historic Canavesani Nursery Gardens founded by Adriano Olivetti in the fifties. More information available at www.vistaterra.it. For booking a room, please, contact info@vistaterra.it.

A simultaneous translation from English into Italian and from Italian into English will be provided.

Participation is free, subject to availability; registration is required.